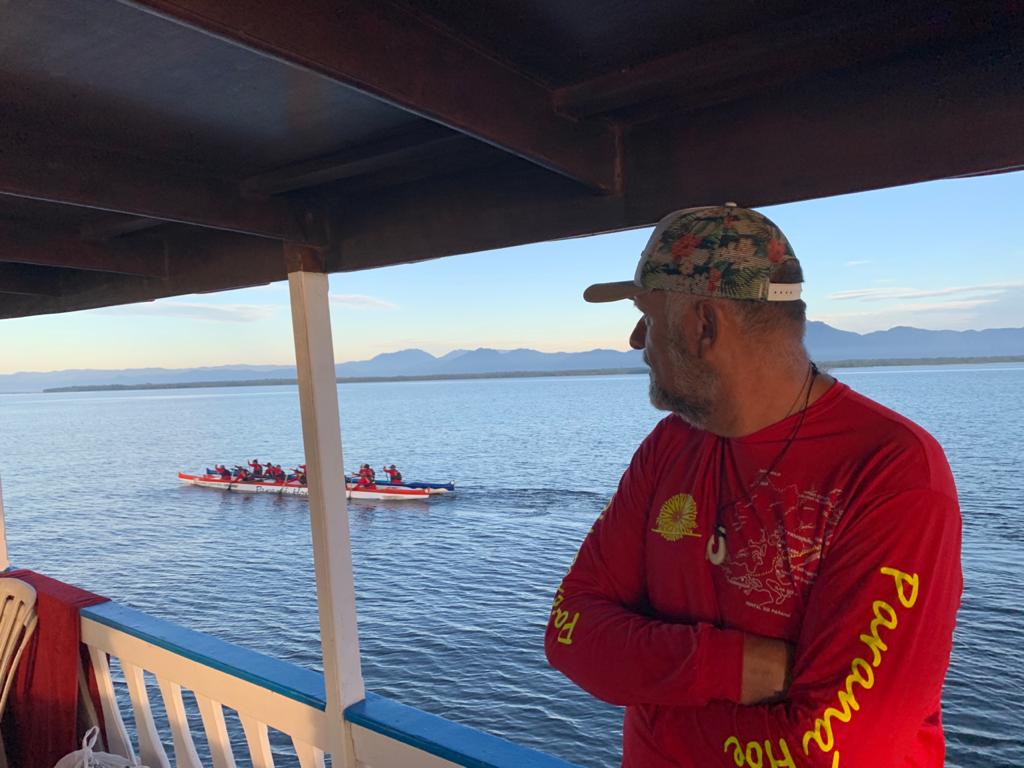 The 120km route was carried out by the rower and unit's Business Director, João Carlos Villela.

Interact Paraná was present at the 4th Cananeia – Paranaguá Crossing, from the state of São Paulo to the state of Paraná, held on December 13th. The 120km route was carried out by the rower and unit’s Business Director, João Carlos Villela. The company supported and co-sponsored the event.

According to Villela, the crossing usually occurs at the end of each year, in celebration of the acquisition of the first Hawaiian canoes on the coast of Paraná. “The path to the arrival point is beautiful. It passes through totally preserved environmental reserves and in environments of extreme heat and physical wear and tear ”, he recalls.

The crossing represented a great personal challenge for Villela due to all the characteristics that surround such an event: physical and psychological preparation, food and hydration logistics, planning and the risks involved. “We can say that it is practically the application of the concepts of SA-Strategic Adviser in a niche of little attended market – that of sports planning”, he observes.

Due to the Covid-19 pandemic, extra care was needed to keep all rowers in proper sanitary conditions.

The Cananeia – Paranaguá crossing develops with constant changes of rowers in the two canoes. In addition, it involves a support boat that accompanies the entire route and offers security to those involved. According to Villela, the places where the stroke went through provide paradisiacal views. “They are spectacular landscapes, which fill the eyes of those who sail there.”

One of the highlights was Ilha do Cardoso, near Cananeia, in the state of São Paulo. It is a beautiful nature reserve. Likewise, the Varadouro channel enchants paddlers with its beautiful landscapes. “This channel even carries history, with sections that were opened by hand by slaves”, he comments.

The route also passed through the bay of Superagui, another natural reserve, now in Paraná, followed by the bay of Paranaguá. “In the end, we celebrated that the entire crossing was made safely. The feeling was of accomplishment. Now we have to wait for a new challenge and let the next row come! ”

The crossing covered 120km, between São Paulo and Paraná

Started in 2016, the annual crossing began to be carried out from the foundation of the Paraná Hoe base, in Paranaguá. “Its founder, Johnatha Vaz, is a rower who has been adding value to the Paranaguá region by encouraging tourism, social actions in the poor communities of the region and promoting sports, he brought the first two canoes from Cananeia, following the same route”, Explains Villela.

In 2019, Johnatha was part of the Interact / Kotahi Tatou team and played in the biggest canoeing challenge in Brazil, the Volta da Ilha de Santo Amaro. His participation in the race was an invitation from João Carlos Villela, from Interact Paraná, rower of the Araucária Va’a base.

Send us your email.